In one of the most anticipated books of the year, Elizabeth Gilbert turns to fiction again and in doing so demonstrates once more her impressive versatility in terms of style, theme and setting.

With the assertion ‘you don’t have to be a “good girl” to be a good person’ made on the cover, Gilbert leaves ambiguity at the door (where we find her characters are often wont to leave their inhibitions). Setting out her intentions towards her readers in a letter at the front, Gilbert takes on hundreds of stories throughout history in which women, acting on or even displaying wanton sensuality is an inevitable precursor to shame, devastation and downfall.

To tackle such a behemoth might have resulted in an unbridled feminist shriek without any real heft but with deftness of touch Gilbert generously imbues her characters with depth and a certain grace alongside their passions.

The 1940’s New York of the novel offers twenty year old Vivian Morris a dramatic alternative to her small-town upbringing when, having dropped out of college, she is packed off to stay with her eccentric Aunt Peg in her tumbledown theatre in midtown Manhattan. Thrown among a cast of bohemians, showgirls and artists (or degenerates depending on your standpoint), Vivvie unequivocally embraces her new home and lifestyle, opening her heart (among other things) with a joyful disregard for consequences.

Consequences will not be pushed aside however. Scandal on a scale which would doubtless have been the denouement of the story told from a different angle in another time, sees Vivian cowed but not broken. There is retreat but only for a time. The phoenix-like Vivian is more vibrant and deeper in spirit for having had to put herself back together and through this Gilbert provides ever deeper engagement between reader and character.

Gilbert’s determination to pull off a story championing the right of women to go after happiness however they see fit is a triumph. Vivian’s charming temerity and effusive belief in herself alongside her sense of duty when times demand might somehow render her familiar to ourselves.

She relates the twists and turns of life to Angela, whose father is something to Vivian though we know not what until Angela herself does at the end of the story.  The subtleties and elegant quality  of the relationships towards the end of the book are a stark contrast to those of the earlier chapters  seeming to demonstrate the joy to be found in passion restrained as well as unbridled.

The cast Gilbert has built around Vivian brings great strength to the overall story while allowing the individuals to shine or sometimes glitter darkly, in their own chaotic, challenging ways. The idea of life imitating art is never far away as life hurls about more drama than the play they are working on. The star of the show is always Vivvie and how wonderfully satisfying it is for us as readers to stay the course with her and how dull life momentarily feels once her story is complete.

Yesterday I read the report of an inquest into the death of Karanne Hollow, a British solicitor who chose to end her life six weeks after being arrested for drink driving. It stated that, following an argument with her boyfriend she ‘downed’ two bottles of wine and later crashed her car into a hedge at 3am without injury to herself or anyone else.

The coroner’s statement goes on to say she was embarrassed by her consequent arrest and questioning by police a week later. One newspaper report suggested she had previously been treated for depression.

The thing that leaps out at me is that this was a young woman who was clearly struggling with life and who must have felt she had no other choice but to escape the pain permanently. Perhaps she had exhausted all avenues. She must have felt as though there was no one who could help.The last thing she did though was to send a message to her sister; she had people who cared, who would almost certainly have done anything they could to help.

As is tragically borne out by statistics, far too many people find it impossible to reach out; to admit to their struggle, to ask for help. There has to be some onus on friends and family to stay vigilant when someone is not coping; desperation can turn into decision all too quickly.

There should be no more shame in talking about mental health than physical. And yet digestive health, sports injuries, allergies, you name it, all seem to be acceptable conversation material whereas depression and anxiety are hidden away, couched in shameful language and feelings of inadequacy. In this day and age of oversharing (and I put my hand up as a guilty party), that people feel there is still a stigma is unacceptable.

The days of being expected to pull ourselves together should be long past. There are so many wonderful organisations out there, so many souls willing to help; it should never come to it that people feel they have no alternative but to end their life.

Shame around drinking is real, we all know ‘the guilts’ but, gut-wrenching as they are, they do pass, until there is a habitual problem. Then come admissions, bigger decisions that have to be made, ones that will have a lasting impact. Those decisions need bolstering, shoring up with love and with kindness from within and without.

If it all sounds somehow obvious, or easy, I apologise. We all know it is anything but. The tricks the mind can play are infinite in scope, whether it is well or not. It is only by exploring with honesty, by sharing, by talking that the maze can be navigated.

The thing about memory lane is that if ever you have a chance to go back there in person, you’ll find that planning permission has been granted without your knowledge or say so. Buildings, places, monuments (in your head at least), that meant so much will have been radically altered at the very least, if indeed they are there at all.

They might be smaller, dingier, tarted-up beyond recognition, quieter or they may have been bought by a chain and what atmosphere they possessed pummelled out of them so they now fit inside a box. Whatever, there is little chance you will go back and find yourself able to slot back in. 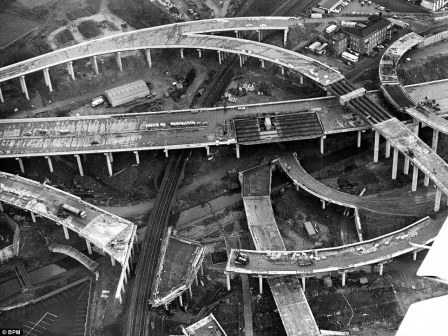 We all have our own version of memory lane. For most of us it’s probably more like a half-finished spaghetti junction; roads and pathways criss-crossing, sudden dead ends where the way seemed clear. You can think of it like an ever changing map or blueprint, written on sheets of thin paper, each laid down over the one before, so that ideas, even those dismissed, are there, just not at the surface. Visible, memorable just not accessible.

The muddle this can create while being lived, sheet upon sheet laid down as revisions are made, is immersive, the cliched invisible wood thanks to the endless trees blocking the view. The harder you search for a unobstructed path, the ‘right’ way, an escape, the more overgrown every direction can appear.

Time and distance can bring perspective, I discovered recently that it is possible to return to places that hold difficult memories without becoming entangled again. Just because you are there doesn’t mean you are who you used to be. That in itself is incredibly liberating – and sometimes tragic, such as when you find that a much-loved grocer has been replaced by a very up itself yoga studio complete with list of rules on the door. Much as I love yoga, I pity the New Town residents who won’t know the hot, comforting nourishment of a Margiotta’s homemade pizza.

One of the greatest gifts must be having friends who stay put as you tumble through life, providing an anchor through time and over vast distances. I used the phrase ‘good times’ to one of my dearest friends about our flat sharing days in Edinburgh. She wasn’t sure at first that for me they were. She probably has a point, I was certainly a little nuts, but from where I am now I am focusing on the gratitude I have for our friendship and letting the other bits go.

There are lots of friends – not to mention my family – who have borne witness to some crazy shit I’ve got up to or into. Some were made in the midst of my realisation that things had to change so saw me lurching from one extreme to another. I wouldn’t have blamed people for walking away.

Relationships that endure the hills and troughs of life are one sure measure of fulfilment. I cannot again imagine becoming so unhappy as to be hopeless now that I have cemented friendships and relationships in this new stage of life. I didn’t have any doubt, it’s just lovely to have confirmation. To my amazing group of friends tumbling alongside, thank you. 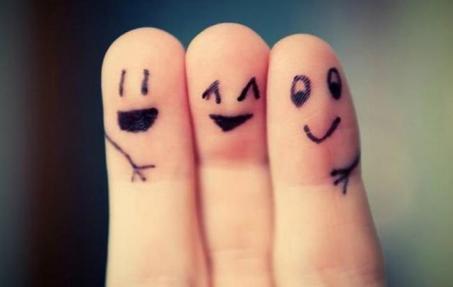