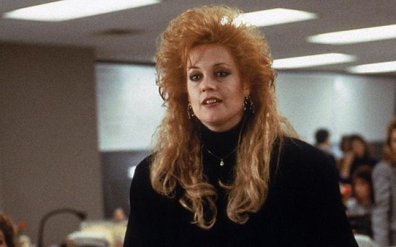 Sadly I’ve missed the 80’s boat – even the second time around – so don’t have the chance to take on the best back to work look ever. But in terms of that feeling of empowerment and desire to succeed, I’m giving it my best shot.

And seriously, oh my god, everything a lot of people say is true! Going back to work after taking time off to concentrate on motherhood is the best bloody feeling in the world! The fact that I am working in my first regular paid job in sixteen years may have some bearing on my ridiculous sense of excitement as might the fact that I have landed my absolute dream job but the changes it has brought me, and by definition, the whole family are massive and nearly all positive.

After over a month the novelty has yet to wear off. A regular income of my own, getting dressed in an outfit I’ve thought through instead of chucking on active wear (and sometimes actually doing something active) or scruffy jeans and a tee because all I have planned is time with a reading group at school followed chores. There are so many reasons for the whole change in my mindset. Following are a few.

Being seen as something other than the mother, the shopper, the coffee drinker, the wife, the referee, the chef, the nurse, the cleaner, the party pooper…

Being seen as a person who knows about something other than earaches, kids suppers, the place to find the best value organic bloody meat. 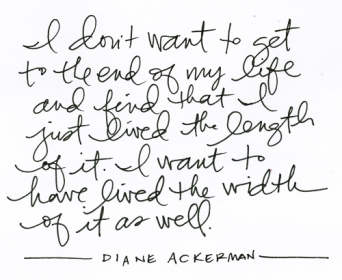 Being able to direct and advise people on what to buy for their seven year old grandchild (boys at least – I’m still getting to grips with girl reading past the Worst Witch – all suggestions gratefully received).

Being in on book news, reading reviews in the paper having seen the book already.

Being part of a team that doesn’t include anything else my life – that is mine.

Being appreciated by my boys, who when I first started threw their arms around me at the end of the day like I’d been away a week (this has somewhat worn off).

Being challenged to plan and organise more. Coordinating diaries with Andrew around school pick up and after school sports.

Being able to buy myself flowers (I actually often did this but felt like I was taking the food from my children’s mouths – or at least putting fish fingers instead of flathead in).

Being part of the workforce, a woman who feels empowered and knows her worth rather than telling her family they have no idea of it.

Being really bloody grateful of my decades old make up regime. Seriously, I still have the same eyebrow compact I bought at uni – think this simply shows how seldom I used to bother with my appearance.

Being able to buy myself a pair of earrings that I never would have done before – it took three times in and out of the shop before I committed. Also the savvy saleswoman going from telling me that the 30% off deal would be finishing soon to finishing in about five minutes in order just to get me the hell out.

Being able to share bus chat with my husband. Honestly. We swap stories about the most irritating of irritating passengers flirting excruciatingly with his paramour (describing what he was wearing was the least of it), to sharing our incredulity at other passengers rudeness, or the fact that they are bold enough to apply their full face of make up in public.

Being able, on my days off, to read and read, when previously if I sat down and opened a book the dark cloud of ‘should be doing x, y and z’ would look large bringing on a massive sense of guilt and probably a bout of really bad baking.

Being able to be around books all day, obvs! Seriously, I walk through the door at the beginning of my shift, inhale deeply and feel happy.

Being unable of containing my the small kernel of smugness when people tell me that working in a bookshop is their absolute dream and I do a little happy dance inside thinking ‘I know, but I”m doing it!’

I’ve said to friends I wished I’d known this sooner, that the satisfaction I am getting from being both mum and worker is a feeling I could have done with ages ago. I wrote, I know, and that did bring me happiness when it was going well. But I didn’t cope well with the insecurity, the rejections, the having to pick myself up after a disappointment. However, I do believe life is all about timing and opportunities and that while we make many of them ourselves, often our paths have to cross with another’s at an auspicious moment.

It is an amazing and lucky feeling – I just wish I could pull off Melanie’s hair. 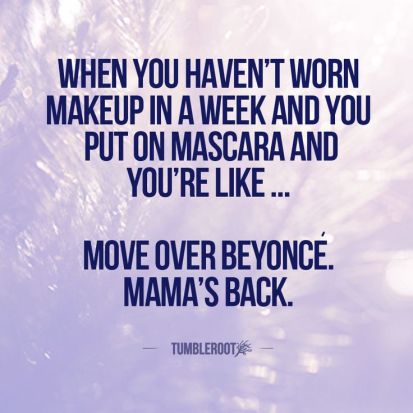